For many months now I have really been wanting a pet. We tried last year to get a dog, but he ended up destroying our house ($200 + in damage in 2 months!!) so we had to get rid of him. I still really love dogs and wanted to give it another try, but, the HOA of our town home does not allow dogs over 30 pounds. What can you get for under 30? A chihuahua? No thanks.

So I must settle for a cat. Don’t get me wrong, I love cats, but they are nothing compared to a dog. Dogs can go on hikes with you, and play fetch and run in the park, and do many other things that a cat cannot do.
So Friday and Sunday afternoon, after church, we went to the Humane Society to look at the different animals. We saw an awesome looking Corgy, dark red fur with other colored spots and a very cute look on his face that made you want to take him home instantly. Unfortunately the dog was in such high demand that they raised the price to a mere $380. So yeah, we did not get the dog. So, we continued looking for pets and we came across two awesome kittens, one that Danae wanted and one that I really wanted. We had a visit with the cats to see what their attitudes were, how they would interact with each other and most importantly, how they would react with a 9 month old baby who loves to grab things. 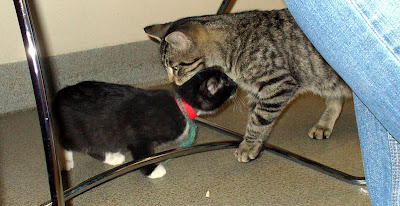 It turns out that the cats were very friendly. The two month old kitten (Danae’s cat) was hyper but loved to sit in Danae’s lap, and the five month old (my cat) was relaxed but liked to explore a lot. So the next test, how do the cats and Malikai interact with each other? Malikai was interested in the bigger cat right away. He would grab it and run his hand across its back, and the cat didn’t seem to care at all. So, besides the fact that one cat was sneezing, everything seemed purrrfect.
So we bought the cats (thanks to credit….) and took them home. First thing we did was trim their claws so they didn’t destroy the furniture, or us or Malikai, then we let them go around exploring. Malikai had fun chasing the cats around the house and trying to eat and crush the older cat. I walked into the kitchen to see what Malikia was doing and he had his hand pushing down on the back of the cat who was trying to get away. Another time I went to pet the cat after Malikai was done playing with him, and the cats head was completely web from baby drool. (The cats are clean, so no worries about Malikai catching something from them). It may sound bad, but Malikai was fairly gentle with them considering. So now Malikai has a couple of new toys in the house to keep him occupied (both the cats, and the cat toys) and we have some cats that like to cuddle on our laps while we talk or watch a movie. Pets really do bring more happiness to the home, although we really didn’t need more since we have Malikai, but for those times when Malikai is being a brat and crying for no reason no matter what you do, at least you can put Malikai in his play pen, grab your cat, and go enjoy some fairly relaxing time. 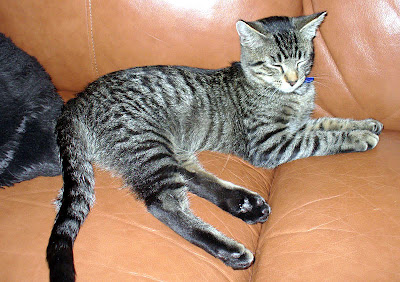 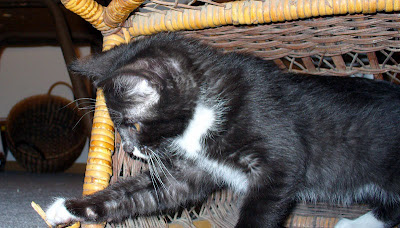 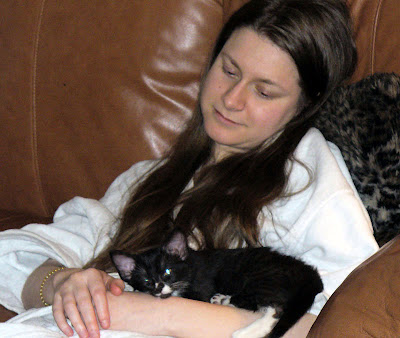 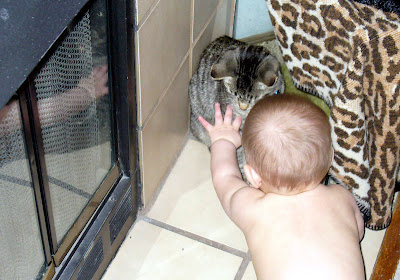 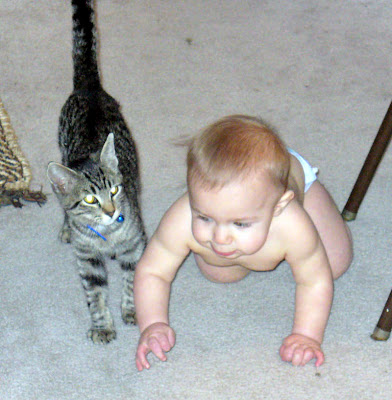 We still have not picked out names for the cats. Currently we are thinking of Merlin or Dagher for my cat, and cricket for Danae’s, but who knows what we will end up naming them. If you have ideas for names, leave a comment.

In other news, I have started my class at Calvary Chapel Bible College. A huge part of the grade is determined by 32 hours of church service, so next Sunday at church I am handing in an application to help out at church. At first it will be helping with facility stuff, but possibly doing more things later. Next month I will be eligible to be an usher and I am looking forward to that, as long as my work schedule will work out to allow it.

Wish me luck as I am doing my classes, this will be a lot of work and a lot of money, so I am waiting for the Lord to provide, both finances and wisdom.

Malikai has been doing okay lately. He is getting bigger, crawling around more, and getting into things. Tonight was especially annoying, he was crying a lot even while trying to feed him. Although later in the night I did get a smile out of him. 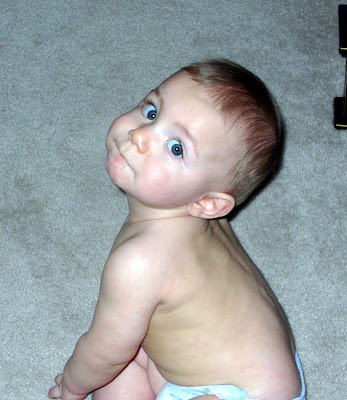 That is all that is new with us. Good night everyone!