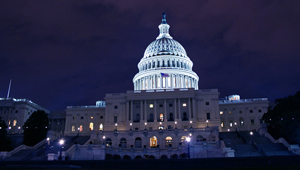 The major issue is that our current culture doesn’t properly teach the significance and the commitment of covenant that marriage represents. Lots of people get “married” and just repeat the lines the pastor/priest tells them to do without actually knowing that they truly need to mean it deep down. Sure it is easy to agree to something at the time when you are “in love” with the person, but most people don’t spend time truly thinking about the ramifications of being fully committed to someone the rest of their life.

The marriage covenant is something that God created and is a Holy institution of covenant between and man and a woman. The fact is that “gay marriage” does not fit with the definition of the institution that God created, and therefore it should not be called marriage. If gay couples want the same rights as married couples from the government then they should create their own term/name for their union and not call it marriage, because it is not marriage.

While I definitely don’t agree with the lifestyle and decisions a gay couple has made for themselves, I don’t believe that the law should prohibit gay couples from having similar status as marriage from the government. The bigger issue is the issue of deception and of the heart in gay couples. You can create as many laws as you want to prevent them from doing what you find reviling, but all this does is alienate them from what they perceive to be the church. It’s like trying to put a bandaid on a severed leg and expecting it to be fixed.  If you don’t deal with the root issues of their hearts then passing a law isn’t going to fix anything.   Christians need to pray fervently about going with God into the political, corporate, media, education, and entertainment spheres of influence to start bringing Godly values back into our pop culture. For too long we have sat in our pews within the four walls and allowed things to just happen, attributing it to the will of God; when truly the will of God was for us to rise up as ambassadors and mentors for our society.

When the church learns how to show the same love and honor Jesus did to those around them, regardless of what they believe, and to get on their face to pray for God to give them favor with those who are in influence, we will finally be in a position to transform this world and bring God’s Kingdom everywhere that we go. The Bible calls us ambassadors of a different Kingdom, and that every place we step becomes our inheritance. So why isn’t it happening? Wake up church! Stop complaining and humble yourself. Get on your faces before God until He gives you power from on high to do the job that Jesus sent us to do. Jesus took back the keys of authority over the Earth back from satan and gave them to us. God’s plan is to partner with us through relationship with Him to manifest His power and His Kingdom.

God doesn’t do most things Himself(without us) because He would have to deal with the sin issue and wipe out anyone who hasn’t repented. CS Lewis said it best “When the Author steps on the stage, the play is over!” He is patient and desires that none should perish, but that all should come into repentance. But God has chosen to give us a season where He wants to partner with us to truly change the outcome of how things happen on the Earth. Some may say this violates the sovereignty of God, but it doesn’t when you consider that God wrote each and every one of us into His sovereign plan. What kind of world are we going to leave our children? Are we going to pray fervently on our faces for God to come and touch us until we become vessels He can use to shape history? The decision truly is and always has been ours.

Proverbs 13:22
“A good man leaves an inheritance for his children’s children…”

People of great character in faith like Dr. Martin Luther King Jr. dared to dream that he could change the world he lived in if he partnered with God and did it God’s way. Despite the many threats on him and his family’s life he made a true impact in the United States that is still effecting how we live today. Even his assassination wasn’t able to stop what he and God had started. God has created each and every one of us to live a life of significance and impact on this world. You are not as powerless to do something as you think you are. God wants to use all of you to impact this planet. The idea that only some people have a significant call is a lie from the pit of hell to keep the church from rising up to its destiny. Will you accept the call and destiny He has put on your life?  Again the choice is and always has been ours.

“Yielding to the Lord according to your understanding keeps you in the realm of only doing what's humanly possible.” "And he said, the things which are impossible with men are possible with God" (Luke 18:27) ‎"the devil only looks big when I've lost sight of Jesus." -B. J.