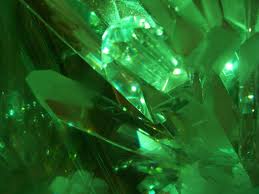 “Why?” Jarlaxle asked suddenly, and Entreri recognized that his ever-opportunistic friend had heard that silent call.

“Why?” the assassin (Entreri) echoed, turning to regard Jarlaxle fully.

“Perhaps we are being premature in our planning,” Jarlaxle explained. “We know how to destroy the Crystal Shard now – likely that will be enough for us to use against the artifact to bend it continually to our will.”

“There is truth in what I say, and a gain to be had in following my reasoning,” Jarlaxle insisted. “Crenshinibon began to manipulate me, no doubt, but now that we have determined that you, and not the artifact, are truly the master of your relationship, why must we rush ahead to destroy it? Why not determine first if you might control the item enough for our own gain?”

“Because if you know, beyond doubt, that you can destroy it, and the Crystal Shard knows that, as well, there may be no need to destroy it,” Entreri played along.

“Because if you know you can destroy the crystalline tower, then there is no possible way that you will wind up with two crystalline towers,” Entreri replied sarcastically, and the eager grin disappeared from Jarlaxle’s black-skinned face in the blink of an astonished eye.

“It did it again.,” the drow remarked dryly.

“Same bait on the hook, and the Jarlaxle fish chomps even harder,” Entreri replied.

This is a scene from a fantasy book “Servant of the Shard” by R. A. Salvatore.  (Hang on with me, I promise I am going somewhere redeeming with this!)

There is a magical item, called Crenshinibon, or the Crystal Shard.  This is an evil item of great magical power, and a mind of its own.  Whoever possesses the item can use its power, but the Crystal Shard uses the promises of power and fame or whatever other weakness the wielder has to manipulate that person and bring him or her under its own control.

Earlier in the book it tried to work through Jarlaxle, making him do things he normally would not do because of the influence of the Crystal Shard.  Eventually he ends up making a crystalline tower, a powerful tower the Crystal Shard needs to make it stronger.

Jarlaxle, determined to be ruled by anything finally regains control, and goes to destroy the tower.  And he starts to succeed.  As the tower starts to fall he feels victorious over the object and then starts to think things.  “Now that I am in control I can destroy the tower whenever I want, so really there is no need to destroy it right this second.  In fact, two towers would be nice.”  Suddenly a second tower appears.

How temptation deceives us

These two events in the book, where Jarlaxle is wanting to destroy the tower and ends up with two towers, and then later on the way to destroy the Crystal Shard decides that you don’t really need to destroy it if you know you can destroy it, both remind me of temptations that we face.

How often have you been trapped in a sin, yet you believe that you have control of it?  You get to the point where you convince yourself that you can quit at any time, and of course since you are in control of when you can quit you decide not to quit.  Who is really in control there?

Often times this appearance of control comes in the form of “just this once.”  You will compromise and commit this sin, just this one time.  How often has just this once turned into just one more time?

Joseph gives us the best example of how to deal with such temptation.  Flee.

But it happened about this time, when Joseph went into the house to do his work, and none of the men of the house was inside, that she caught him by his garment, saying, “Lie with me.” But he left his garment in her hand, and fled and ran outside – Genesis 39:11-12

Sin has no place in the life of a Christian, no matter how small it may seem.  Finding ways to get away with sin, small or large, will end with sin sinking its hooks deeper into you.

Sure you quit looking at pornography for a day, so you can quit at any time, you convince yourself as you bring up more pictures on your computer.

Or one that has hit close to me, reading your Bible every day.

It is amazing the thoughts that go through my mind regarding the time I know I should spend in the Bible and praying.  I do great reading the Bible every day and then one day I miss it.  The next day I think to myself that I can start reading again at any time, but today is busy, so I will do it tomorrow instead.

The next thing I know a month has gone bye and my Bible has done nothing but collect dust.

You will come up with any excuse to not read your Bible and convince yourself that it is okay because you can start again at any time, yet you don’t.  Your mind will work over time to come up with excuses why it is okay to keep sinning, to keep speeding, look at pictures of pornography, curse, watch a movie you know you shouldn’t – just this once.  Yet if you were really in control of the situation you would have done the right thing in the first place.

The BIble tells us that we cannot have two masters (Matthew 6:24), so we must choose.  Choose now to follow God and to repent of your sin. Do not play games to tempt yourself.  Flee all temptation, God will always give you a way out.

Let no one say when he is tempted, “I am tempted by God”; for God cannot be tempted by evil, nor does He Himself tempt anyone. But each one is tempted when he is drawn away by his own desires and enticed. Then, when desire has conceived, it gives birth to sin; and sin, when it is full-grown, brings forth death. – James 1:13-15

Therefore let him who thinks he stands take heed lest he fall. No temptation has overtaken you except such as is common to man; but God is faithful, who will not allow you to be tempted beyond what you are able, but with the temptation will also make the way of escape, that you may be able to bear it. – 1 Corinthians 10:12-13

The next time you are debating not reading the Bible, thinking it is because you are choosing not to but can start again after lunch or tomorrow, think about how subtlety the sin will try to control you.

The next time you are thinking of continuing in that sin, whatever it may be, remember that you are not in control of it, but you can flee it.

2 thoughts on “Are you being controlled by the subtlety of sin?”