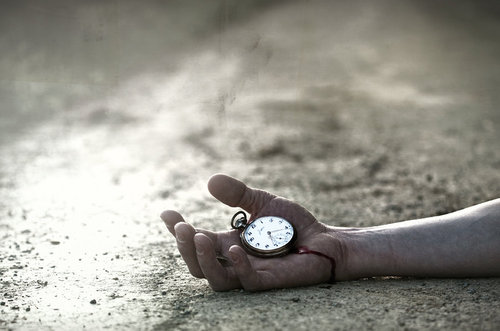 Have you ever had the thought that you wish God would not come back anytime soon?  I have…

Well, more specifically because I do not feel like I do much now for God and I want to make my life actually mean something in the eternal realm.

If you do have these same thoughts that I do you have to realize something.  God is not delaying his return until you feel like you are ready.  Jesus is coming back at a set time, and our involvement in the kingdom is not going to hinder or speed things up.

“Who then is a faithful and wise servant, whom his master made ruler over his household, to give them food in due season? Blessed is that servant whom his master, when he comes, will find so doing. Assuredly, I say to you that he will make him ruler over all his goods.  (Matthew 24:36-47)

The facts are this.

Jesus is coming back, could be tomorrow, could be 20 years from now, but soon.  We were saved for a purpose, to glorify God, and God wants us to help those in need, but Satan paralyzes us with every tactic he can throw at us, sin, entertainment, work.

What should we be doing?

Therefore lay aside all filthiness and overflow of wickedness, and receive with meekness the implanted word, which is able to save your souls.
But be doers of the word, and not hearers only, deceiving yourselves.

If anyone among you thinks he is religious, and does not bridle his tongue but deceives his own heart, this one’s religion is useless. Pure and undefiled religion before God and the Father is this: to visit orphans and widows in their trouble, and to keep oneself unspotted from the world. (James 1:21-22, 26-27)

Go therefore and make disciples of all the nations, baptizing them in the name of the Father and of the Son and of the Holy Spirit, teaching them to observe all things that I have commanded you; (Matthew 28:19-20)

Face it, doing what God wants us to do we know is the right and better thing to do, but it is so much harder to do.  We all really want to help out those in need, but not during the football game. Maybe after this tv show, or just let me finish this one level in this game.

We all get sucked into things we would rather be doing and it takes us away from the important task we were sent here for.

We do not have long to live

We do not have much time in this world.  Either because Jesus is going to come back soon or because we could die.  James 4 says “what is your life? It is even a vapor that appears for a little time and then vanishes away.”  Don’t waste that little amount of time we have.

I am convinced that as we get older every day passes by faster and faster.  You plan on doing something you know you should do, but you put it off just one day.  And somehow, before you know it, that one day has turned into a month, then a year is gone, then another year.

Last night I had a dream.  The tribulation was obviously starting, the world breaking out in war and natural disasters, Christianity was outlawed, and I was watching the news unfold thinking of all the stuff that I had the opportunity to do to help others, to witness to others, but now it was too late.

At work the other day we had a conversation about people some of the guys knew, who died or lost their children when they went in the hospital for a very routine procedure (such as a girl getting tubes put in her ears) and ended up dying from it.

We just never know how much longer we have left to do the things we know we should be doing.

But we do know that with every day that passes, we have one less day to do those things.