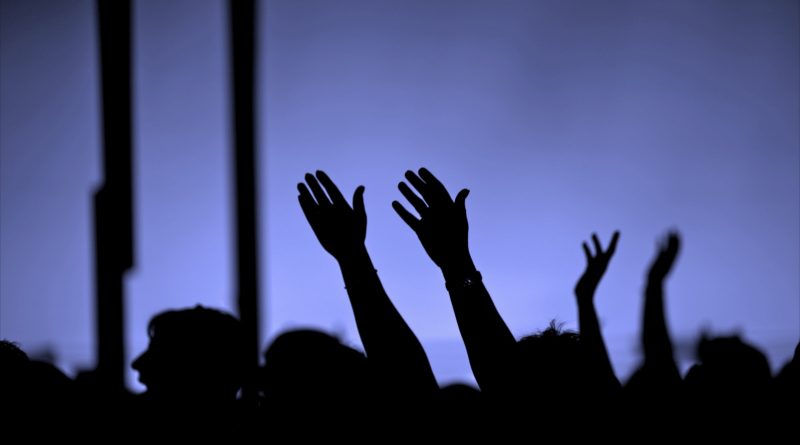 The decision to follow Christ is the most important decision made in your life.  It is that decision where you decide to quit living your life for yourself and to follow Jesus, making him your master. You go where He wants you to go, do what He wants you to do, you stop living the sinful lifestyle that goes against God and you commit your life to Him.

Jesus says that if we want to follow Him it means giving up everything for Him, and to count the cost before you decide to make the journey (Luke 14:25-33).

That is what it means to make yourself a slave of Christ, you make Him your master.  The decision to do this is not one made lightly, and it is not a decision to be made light of.

In 2002 I made a decision to join the U.S. Navy.  This was not a decision I made lightly, I considered it for months beforehand.  I was signing a contract with the government to serve in the military for a minimum of four years. I would go where they told me to go, learn what they told me to learn.  I was theirs.

Our church normally does an alter call, where we invite people who want to give their lives to Jesus to come up front and talk with one of the pastors, to receive prayer and be given some information about what the decision they are about to make really means.  But it wasn’t so on Christmas Eve.

Maybe it was because the Christmas Eve service was so full, maybe for some other reason I don’t know about, but whatever the reason our church decided to take the “short cut to salvation.”  They gave the announcement “If you would like to receive Jesus in your heart just raise your hand.” A few people raised their hands and then the pastor led them in prayer. “Repeat this prayer after me and you will be saved!”

This is one of the sickest common perversions of the gospel in our society today.

You are probably thinking that this is no big deal, it doesn’t matter how they are led to the prayer as long as they prayed.

Why does someone come to Christ?

A person comes to Christ because for one, they realize and believe that He is real, and then they realize they have offended God with how horrible their sin is, and then because of that they repent, turn from their sinful lifestyle to live the way God calls them to live.

and an unbeliever or outsider enters, he is convicted by all, he is called to account by all, the secrets of his heart are disclosed, and so, falling on his face, he will worship God and declare that God is really among you. (1 Corinthians 14:24-25)

And you are telling me a person went through all of this by simply raising their hand?

For godly sorrow produces repentance leading to salvation, not to be regretted; but the sorrow of the world produces death. (2 Corinthians 7:10)

So you still don’t see a problem with this way of presenting the gospel?  Let’s have an analogy.

So this guy is standing in front of a group of people seated before him.  He says in a slightly excited tone “I have the winning ticket for the Power Ball lottery! Raise your hand if you want it.”

A few people in the crowd raise their hand.

“Awesome,” the man says, “Just repeat after me and it is yours.”

“Thank you for giving me twenty million dollars and I promise to use it to get my life right.”

The crowd responds, repeating what the guy said, and then after the guy is done talking they all quietly get up and start heading out the door calmly and quietly.

In this scenario, would you say that any of the people being offered multi-millions of dollars actually believed they got the money the guy up front told them they would get?

No, there was no excitement, no change, no commitment to actually follow God.

When a person gives their life over to God, they receive something so much better than all the money in the world, shouldn’t there be some type of response?

Here is the extremely real, extremely serious consequences of such a gospel message.

You convince people that they are saved, that they have a relationship with God, just because they raised their hand and repeated a prayer during an alter call.

Raising your hand and repeating a prayer does not save you. Cannot.

But now you have a few dozen people who walk out of that church believing they are saved because they raised their hand.  They didn’t even have a pastor talk to them to explain what raising their hand really meant.  But they believe; not in Christ, not in sacrificing their life and carrying their cross before Christ, no, they just believe they are saved.

But belief in salvation does not save you, only a relationship with Christ.

We have a generation of thousands in churches that believe they are saved because they said a prayer once but they have no fruit of the Spirit as evidence, no change in their life. This is why Leonard Ravenhill boldly proclaimed that “the sinner’s prayer has sent more people to hell than all the taverns in America.”

I doubt if 5% of professing Christians in America are born again–and that’s true of England! – Leonard Ravenhill

But it gets even more serious, we have churches full of leadership who think they are saved but have no relationship with God, they serve because they want to do the right thing but when they get to heaven they will just hear “I never knew you; depart from me, you workers of lawlessness.” (Matthew 7:23)

But because all these thousands of people believe they are saved they will go on their life ignoring anybody who may tell them to repent. “I don’t need to repent, I’m already saved!” the person will say to himself.

You have just given a blind man headphones and praise music to make him happy but you never turned him away from the path he is on, a path headed straight for the cliff.  All you did is make it harder for him to hear others trying to warn him over the praise music.

Do you see yet the serious problem here?

If you believe you are saved, it is one of our duties to examine our salvation, to test ourselves to make sure we are saved and not just fooling yourself.

Examine yourselves, to see whether you are in the faith. Test yourselves. Or do you not realize this about yourselves, that Jesus Christ is in you?—unless indeed you fail to meet the test! (2 Corinthians 13:5)

Have you felt that godly sorrow over your sins that leads you to repent?  Do you live a holy life, not because you try to but because God has transformed you?  Do you live your life according to scripture and breath in joyfully every word of the Bible?  Spend some time in scripture analyzing what it means to be saved and see how you match up to it. Repent of the areas you fail in, and pray for strength to help you where you need it, but fist make sure you have that relationship with Jesus.

Holiness is not a Iuxury, it’s a necessity. If you’re not holy, you’ll never make it to heaven. – Leonard Ravenhill

If you are not saved, then there is no better time than right now.  Every sin you commit hurts your relationship with God, drives you farther from Him.  He is the one who created you and despite you turning from Him and living in strict opposition to Him He still sent His only son to die, to pay the penalty of your sins.

Finally, if you are a pastor, preacher, evangelist, or in any position to give “alter calls” then do the right thing, go out to the people, get them alone one on one and pray with them, answer their questions, explain what this decision really is, guide them as they repent and decide to follow Christ.

There is nothing wrong with having someone raise their hand to say they want to be saved, but keep their hands raised until someone can pull them out of the crowd and take them aside.  One on one, make it personal to them.

Do you agree with what I said here or do you think I am being overly picky? I would like to hear what you have to say in the comments section below.

10 thoughts on “Want to be saved? Just raise your hand and repeat after me…”