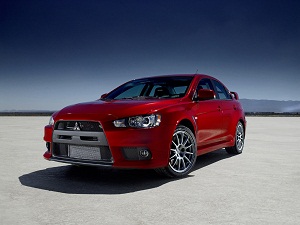 The Lancer Evolution VIII is an absolute beautiful and powerful machine. This is the car I have wanted for a long time for a lot of useful reasons as well as a lot of personal fun reasons (I wanted to learn how to drift at the local race track). Every time I see one on the road I cannot help to stare and wish I had one.

Last summer i saw one for sale, used, for $24,000 which is not a bad price when the car is normally $32k for the base model. I could not get it though. I have blown and waisted my money and I have too many other bills to be able to afford a second car. So I was beating myself up over it. If I had just managed my money better I could get it, if I had not spent money on useless things I would have been able to get my dream car. It led me to a new resolve, to get out of debt and spend less money.  To help encourage me to do this I printed out the add for the car, with a picture of it along with the price, and I stuck it in my wallet.

This I used as a reminder and as motivation. It was right by my debit and credit card so I would see it anytime anytime I would spend money.   I would look at the picture and remember what I am saving up for which I was hoping would prevent me from blowing my money.

Last week while I was in prayer God brought that picture to my mind, and I was shown exactly how disgusting that act was. The car had become my idol. I was thinking about it every time I opened my wallet, I was sacrificing for it. The Lancer had evolved from just coveting (which is itself a sin) and it became an idol, like most things we covet tend to become.

That day while in prayer I took that image out of my wallet and ripped it to pieces, and with it my resolve to ever buy the car. How could I let a meaningless machine take such a high priority in my life? I have since filled that space in my wallet with a picture of Franco, a child I sponsor through Potter’s Field ministries. If ever there was a reason to save your money, that is it. Jesus told us to give to the poor (James 1:27), to store up treasure in heaven (Matthew 6:20), not to acquire nice things on earth!

Which would you rather be known for, having a nice car, or helping the poor? Living to impress others, or living for Jesus? Which way of living truly shows that you get it and that you actually follow Jesus? Feeding the hungry is feeding Jesus (Matthew 25:40), having a nice car serves nothing but yourself.

8 thoughts on “Removing my idols”