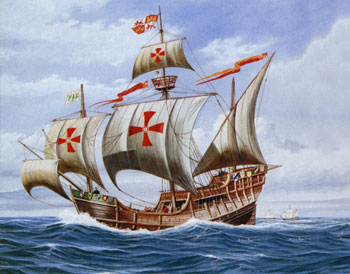 Pride is a funny sin. Not funny in a laughing sort of way, but funny in the way it acts. Or more accurately how we react to it.

As sinful humans still stuck in the flesh we always find a way to justify our sin. Sometimes it is obvious but we want to ignore it, and other times, especially with pride, it is extremely hard to acknowledge the sin.  You can be stuck in pride and not even realize it. What is worth, God hates pride, and if you are being prideful then God will resist you.

God resists the proud,But gives grace to the humble – James 4:6

There are times in our life when everything seems to be going wrong. Because of our pride and our arrogance we automatically assume that it is the Devil that brings these trials to us, so we seek God to overcome the trials.

But what we fail to recognize is that sometimes it is God bringing us the trials. God may allow or bring trials in your life for any reason at all, because He is sovereign and wants to prove a point (read the book of Job) or to rebuke.

Do not despise the chastening of the LORD,Nor be discouraged when you are rebuked by Him. – Hebrews 12:5

If it is to rebuke us, then we had better repent and listen.  I am currently reading the book “The Light and the Glory” by Peter Marshall and David Manuel. The basics of the book is digging into history and personal journals of people who had a hand in founding this nation, from Christopher Columbus and his crew to George Washington and showing how God had a hand in the creation of this nation. (Look for our review of the book soon)

I noticed something interesting as I read about Christopher Columbus. He was a man of God, who served God and felt called to go on this mission to bring Christ to the Indies. Not everything went right, it took him 8 years of petitions and being rejected before he was finally approved for the mission. Getting there was not an easy trip and he ran into trouble, but continuously in his life he prayed and sought God.  By seeking God doors were opened that reassured Christopher that his journey was a call from God.

Gold became the new motivating factor, replacing the original mission of bringing the gospel to the new land. One of the ships was lost when it took off in search for gold (of the three that set for, and reach the Americas), and when they were about a week from home the largest storm that any sailor of the time had ever seen wrecked havoc on the ship.

Columbus’ response was to turn to God, but not to repent of his own greed or pride. No, the thing about Pride is that it, by definition, prevents us from seeing it; until it is too late. Instead they cast lots to make bargains to try and appease God. Promising to go on pilgrimages or promising to go to mass and praise God as soon as they reached shore. (sound familiar?)  They made it home, but broken, but that didn’t matter because Columbus was the new hero! Given the title “Admiral of the Ocean Sea” (at Christopher Columbus’ request) he showed the fruits of this new land. A few natives they brought back to translate, animals, fruits, and of course, the gold. So of course Admiral Columbus was sanctioned to return.

The settlement he returned to had been killed, attacked by the Indians after the settlers had raped and robbed and murdered many of the locals. Instead of this leading them all, especial Columbus, to repentance, this led to war, or more like genocide. After several more outbreaks a new governor was sent to take charge. But, being full of pride Christopher Columbus would not have his authority taken away, and ended up being arrested, sent back to Spain in chains, then after nearly a year was permitted to return to the new found land, but told never to return the colony he had already established.

Determined to make his own way Christopher Columbus fought to go where the gold was. Fighting such strong storms and winds that it took them 38 days to make a 3 day journey. 2 of the ships were torn apart by worms and Admiral Columbus was sick with the fever. He found his gold, and more bloodshed. He made it home, rich, but according to his journal, regretful for how he failed in his original mission, to bring the light to the lost.

Pride, turned a man who was on a mission by God into a man of greed, causing bloodshed instead of bringing salvation.  When opposed by every force imaginable, storms, winds or lack of winds, sickness, loss of food and water, it only brought them to cry to God for help, not to repent of their own sin. Why? Pride, they were sure they were on the right course, being hindered by Satan. They couldn’t imagine that it was God trying to get their attention, trying to get them to repent.

What should I do?

If you are struggling right now, and it seems that everything is going against you, do not just assume that this is Satan trying to stop you on your “God given” (or possibly selfish) mission.

First you need to seek God. Repent, ask God to show you anything in your life that is hindering you from serving God. If you are honest with God, he will show you your honest self, like it or not. God will show you what needs to go.

If you are not caught in pride or sinning, seeking God will still show you how God wants you to proceed, even if the problems in your life are caused by Satan.

So the bottom line, seek God, humble yourself, and repent.

8 thoughts on “When everything goes wrong: Is the Devil against you, or God?”