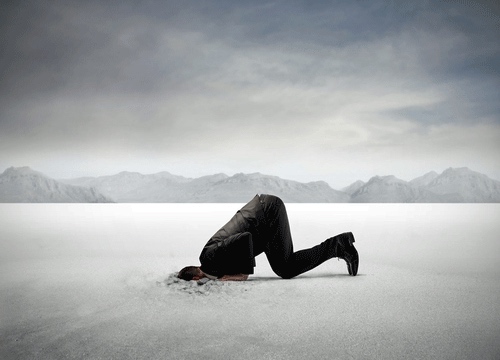 A few months ago, I started something new in my family: budgeting. I know, the dreaded “B” word, one that I tried for so long to avoid. Assigning every dollar a job and keeping track of every dollar spent has been great in helping us not overspend. With there being so much benefit to this, I thought I would never again go back to the world of spontaneous spending and not tracking each transaction (Yay, YNAB!).

But then, I would make a purchase that I knew I shouldn’t make. I felt guilty for spending the money on things like eating out when we are low on grocery money, or buying a movie just because I’m bored. I realized that when I would make those purchases, I would resist wanting to record the transaction.

I don’t really know why I wouldn’t record it; it’s not like I was hiding it from the bank. Once the transaction has been made, the bank is fully aware of it. The amount available in my account will reflect this transaction, even if I never record it in the budget.

Ultimately, the only person I’m hiding the transaction from is myself. It becomes a pain to reconcile my checking account to the budget when I have transactions that I didn’t track, and eventually I have to track them anyway, so, really, hiding it from my account does me no good.

Because of my guilt, however, I somehow feel better, or at least I think I can ignore the guilty purchase, by not recording it. It really is silly and pointless.

Then, I realized that we end up doing this same silly thing with God. We sin, and then think that we can somehow hide it from God. So, we don’t confess it; we try to hide it and move on with our lives like we never committed that sin.

The entire time, the only person we are hurting is ourselves. It weighs on our conscience, and continues bothering us and sapping away our joy. God already knows that we sinned. Heck, He knew that we would commit those sins before we were ever born. Yet He still chose to save us and love us. We are not really hiding anything from Him, so why don’t we just confess the sin, repent from it, and move on?

Doing this is just part of our rebellious human nature. It goes all the way back to Adam and Eve:

Then the eyes of both of them were opened, and they knew that they were naked; and they sewed fig leaves together and made themselves coverings. And they heard the sound of the LORD God walking in the garden in the cool of the day, and Adam and his wife hid themselves from the presence of the LORD God among the trees of the garden. Then the LORD God called to Adam and said to him, “Where are you?” So he said, “I heard Your voice in the garden, and I was afraid because I was naked; and I hid myself” (Genesis 3:7-10 NKJV).

After they sinned, they felt shame, and tried to hide what they did from God. God is all knowing. Can anyone hide anything from Him? Of course not, but we try anyway.

Some people try their best to act righteous in an attempt to hide whatever wrong they have done, but God sees right through this:

“Woe to you, scribes and Pharisees, hypocrites! For you are like whitewashed tombs which indeed appear beautiful outwardly, but inside are full of dead men’s bones and all uncleanness. Even so you also outwardly appear righteous to men, but inside you are full of hypocrisy and lawlessness” (Matthew 23:25-28 NKJV).

The Pharisees would pretend that they were righteous, while still hiding their sin from people and attempting to hide it from God. But Jesus was not fooled. He saw right through their mask and went to their hearts. These are the people that Jesus rebuked.

But those who openly admitted their sin and then repented of their sin, those are the people that Jesus spent time with and praised.

Now it happened, as Jesus sat at the table in the house, that behold, many tax collectors and sinners came and sat down with Him and His disciples. And when the Pharisees saw it, they said to His disciples, “Why does your Teacher eat with tax collectors and sinners?” When Jesus heard that, He said to them, “Those who are well have no need of a physician, but those who are sick. But go and learn what this means: ‘I desire mercy and not sacrifice.’ For I did not come to call the righteous, but sinners, to repentance” (Matthew 9:10-13 NKJV).

Basically, it all comes down to this. Yes, you sin. God knows it, so don’t try to hide it. Repent from your sin (turn away from it), and follow Jesus.

Just like you can never hide a transaction from your bank, you cannot hide your sin from God. He already knows about it.

That’s the beautiful thing, though. If you are a Christian, God knew that you would sin before He chose to save you, and He still chose you, despite that – because God loves you.

If you have been avoiding church, or avoiding fellowship with other believers because you feel ashamed for what you have done, know that it isn’t hidden. God already knows about it, so stop letting that be your excuse to not go to church.

If you have been resisting the idea of repenting from a sin as a way to hide it, then know that you are only hiding it from yourself. God knows about it already, so the longer you hide it from yourself, the longer it will weigh down on your conscience and drag you down.

Is there something that you have been trying to hide from yourself that you need to get out in the open?

4 thoughts on “The Silliness of Hiding from God”